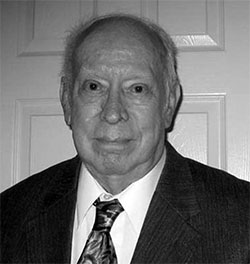 The Life and Work of Astrologer James Holden

In the 27th episode of the show I’m joined by Demetra George in order to talk about the late astrologer James Herschel Holden.

Holden was an astrologer, historian, and translator who became the Research Director of the American Federation of Astrologers in 1982, and served in that role until he died on August 13, 2013 at the age of 86.

James is notable because he wrote one of the best books on the history of western astrology in 1996 titled A History of Horoscopic Astrology, and in the last decade of his life he also published many translations of ancient works on astrology.

During the course of the show Demetra and I talk about who Holden was, what kind of work he did, and the impact it has had or will have on future generations of astrologers.

A full transcript of this episode is available: Episode 27 transcript