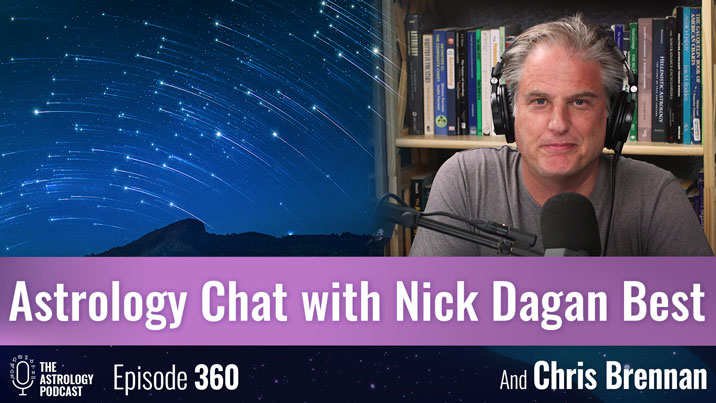 In episode 360 astrologer Nick Dagan Best joins Chris Brennan in the studio in Denver to talk about his work in astrology, including research on the Uranus return of the United States, Venus retrograde cycles, and more.

Nick flew out to Denver from July 7-11, 2022, and this was the first in a series of episodes we recorded. A lot of the episode ended up being biographical, talking about Nick’s life and career in astrology.

We ended up spending a good chunk of the episode talking about the upcoming Uranus return of the United States when Uranus moves into Gemini in 2025 through 2033, and how that connects to the two previous Uranus returns that coincided with the Civil War and World War II.

Later in the episode we also ended up talking about some important new research Nick has done in tracking Venus retrograde cycles, and creating a new model for classifying different sequences.

You can find more about Nick on his website:

Timestamps for different topics discussed in the episode:

Watch the video version of this astrology chat with Nick Dagan Best:

A full transcript of this episode is available: Episode 360 transcript