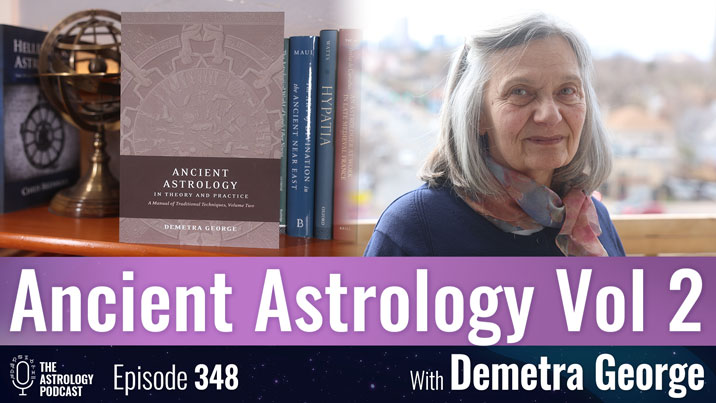 This is the second of two volumes where Demetra delivers a comprehensive look at the practical use of Hellenistic astrology, bringing to completion a cycle that started in 1993 when she became the very first subscriber of the Project Hindsight translation project.

In volume two Demetra takes a closer look at the houses and their role in interpreting a birth chart, taking special care to look at the significations of the houses throughout history, and tracing the common themes that run throughout the 2000 year long tradition.

The book was published by Rubedo Press on April 20, 2022, and can be ordered here:

It is available in both audio and video versions below.

Watch the video version of this episode on Ancient Astrology Volume 2:

A full transcript of this episode is available: Episode 348 transcript