Aries in Astrology: Meaning and Traits 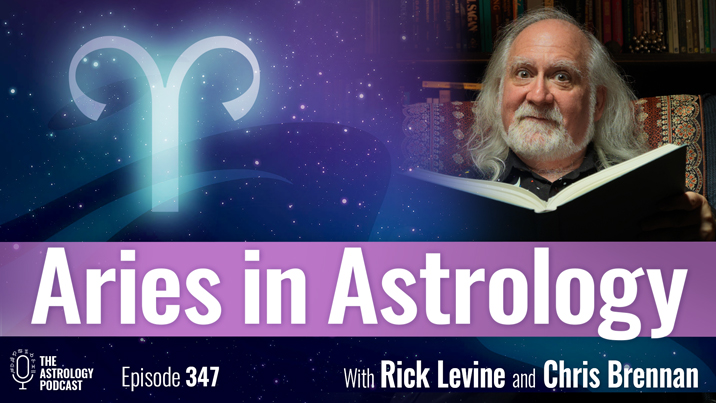 In episode 347 astrologer Rick Levine joins the podcast to talk about the meaning of the zodiac sign Aries in astrology, and some of the traits and characteristics of people born with that sign prominent in their birth chart.

Aries is the first sign of the zodiac, and it is a masculine or diurnal sign, cardinal, fiery, and ruled by the planet Mars.

This is the first in a new series of episodes where we do a deep-dive into each of the signs of the zodiac, one per episode, in order to really understand their core meaning and significations.

Part of Rick’s credentials for this episode is that he was born with a stellium or cluster of planets in Aries, including the Sun, Mercury, Venus, Mars, and the North Node.

During the course of the episode we talk about various keywords and traits associated with Aries, and also look at some birth charts of famous people who were born with different planets in that sign.

Some of the keywords we discussed were drawn from a Twitter survey:

What keywords do you associate with Aries?

For more about Rick check out his YouTube channel:

Watch the video version of this episode on the meaning of Aries in astrology:

A full transcript of this episode is available: Episode 347 transcript