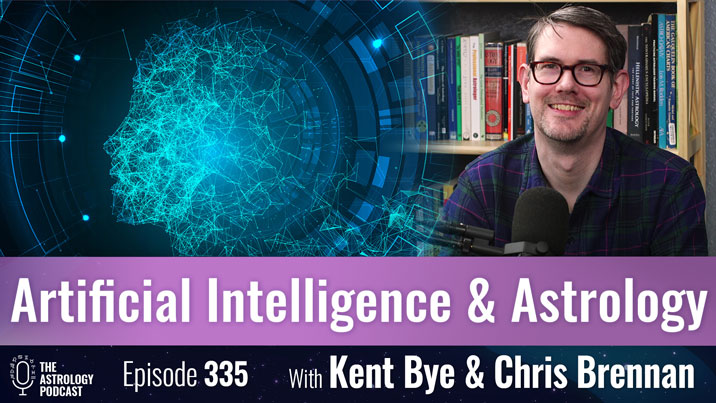 In episode 335 astrologer Kent Bye joins Chris in the studio in Denver to talk about artificial intelligence and consciousness through the lens of astrology.

Kent is the former host of the Voices of AI Podcast, and has conducted hundreds of interviews with different specialists in AI over the years.

During the course of the episode we cover topics such as whether it will ever be possible to replicate human consciousness with artificial intelligence, what planetary alignments in the future might coincide with this if it was possible, and whether astrology itself could be used as a model for consciousness.

This conversation was recorded the day after our previous episode on virtual reality and astrology, and was originally intended to be more of a casual discussion about artificial intelligence only available to patrons of the podcast, but the discussion went so well that I decided to release it as a full episode of The Astrology Podcast.

For more about Kent check out the Voices of VR Podcast:

Watch the video version of this episode on astrology and artificial intelligence:

A full transcript of this episode is available: Episode 335 transcript