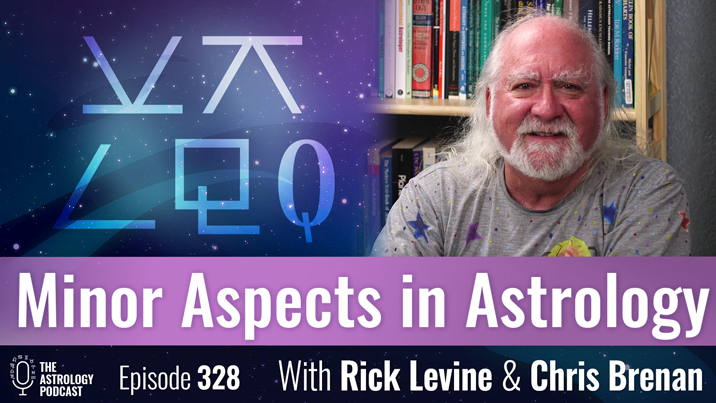 In episode 328 astrologer Rick Levine joins the show to talk about minor aspects in astrology, and whether they should be regarded as “minor”.

Minor aspects are generally categorized as any aspects besides the five classical “major” aspects that were originally introduced in western astrology around the 1st century BCE, which are the conjunction, opposition, trine, square, and sextile.

The minor aspects include the semi-sextile, quincunx, semi-square, sesqui-square, quintile, bi-quintile, septile, novile, and others.

Several of the minor aspects used today were first introduced by the German astronomer and astrologer Johannes Kepler in the 17th century CE, although their adoption in the astrological community has been uneven, with some astrologers using them and others not.

During the course of the episode we discuss the history of minor aspects and some of the debates surrounding them, and then later look at some charts where Rick demonstrates how he uses minor aspects in practice.

For more info about Rick check out his YouTube channel:

Watch the video version of this episode on minor aspects:

A full transcript of this episode is available: Episode 328 transcript