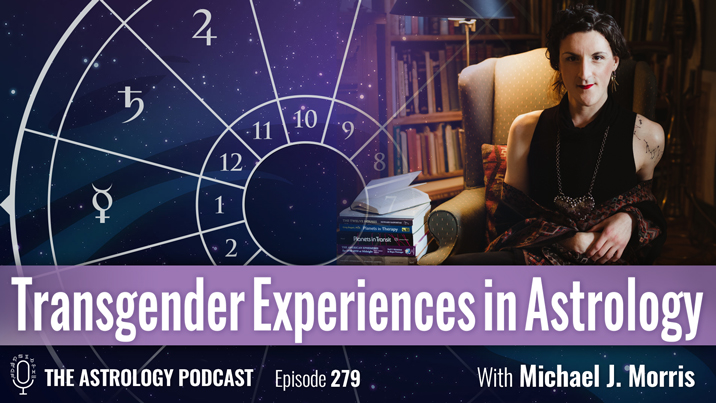 In episode 279 astrologer Michael J. Morris joins the show to talk about using astrology within the context of the lives of transgender people.

In the second half of the episode we get into more of a technical discussion about how different placements in the birth chart can manifest in the lives of transgender people, eventually going through each of the twelve houses and talking about different possible manifestations.

You can find out more information about Michael on their website:

Below you will find some links to resources that we mention in the episode, followed by links to the audio and video versions of this episode.

A few books were mentioned or discussed in this episode:

Brynn Tannehill, Everything You Ever Wanted to Know About Trans, 2019.

Chani Nicholas, You Were Born For This, 2020

Alok Vaid-Menon, Beyond the Gender Binary (2020)

Janet Mock, Redefining Realness: My Path to Womanhood, Identity, Love & So Much More (2014)

Some other resources mentioned in the episode:

Here is the video version of this episode on transgender issues in astrology: