Zodiac Sign Cusps: What’s It Mean to Be Born on a Cusp? 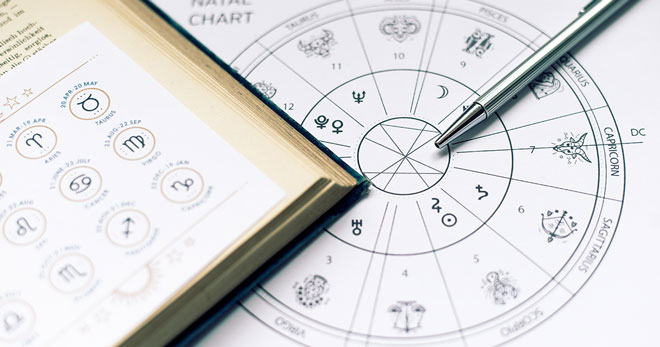 Episode 177 features a discussion between Chris Brennan and Austin Coppock about a recent issue has arisen in the astrological community over zodiac sign cusps, and what it means when a person is born on a cusp.

Sun-sign astrology became popular over the course of the past century, and everyone knows their “sign,” which is the sign of the zodiac the Sun was in on the day they were born.

There is an issue though because the Sun moves into a new sign roughly every 30 days, and the dates given for Sun-signs are only approximate, and can vary near beginnings and ends of the signs.

This naturally leads to an issue when someone is born near one of the sign boundaries, where they wonder whether they are one sign or another.

In popular astrology such individuals are said to be “born on a cusp”, with cusp here essentially meaning boundary, border, dividing line, or interstice.

So, this phenomenon primarily arises out of an issue in popular astrology, where there is confusion over Sun-sign dates that fall near the borders of the signs.

However, over the past few decades this confusion has morphed into something else, and in popular astrology it is becoming increasingly common to treat sign cusps as areas where the meanings of two signs overlap or blend together, rather than the cusp being a very distinct and strict boundary.

While this issue initially seems to have arisen due to confusion over Sun-sign dates, it is compounded by the fact that some people born close to a cusp really do report feeling like or exhibiting traits of both signs. The question then becomes, why is this?

The most obvious answer that astrologers usually give is that if your Sun is in one sign, then there is a pretty good chance Venus and Mercury could be in the adjacent sign.

But is that all it is, or is there more to cusps than that? Is there any traditional or practical validation of sign cusps having more qualitative significance than just acting as strict boundaries?

These are the questions that we set out to explore in this episode.

Watch the Video Version of the Cusps Episode

A full transcript of this episode is available: Episode 177 transcript

Listen to the Audio Version of the Cusps Episode