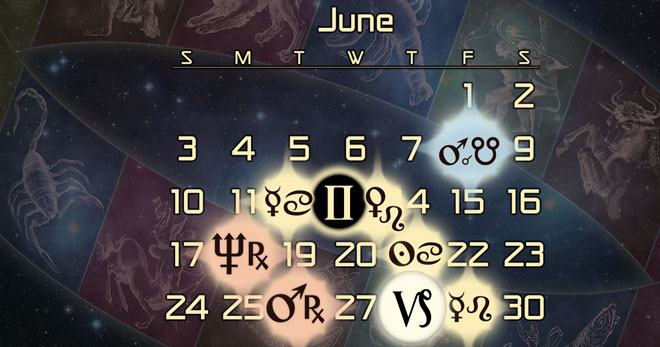 In episode 158 of the podcast astrologers Kelly Surtees, Austin Coppock, and Chris Brennan discuss the astrological forecast for June of 2018, which features a prominent Mars retrograde period beginning in Aquarius.

This episode was recorded a couple of weeks ago, just before we all left for the United Astrology Conference in Chicago. The conference was a blast, and we are hoping to record a post-conference recap discussion sometime soon.

We also recorded a live episode of the podcast in front of an audience at the conference, and that will be released as one of the early episodes of June pretty soon as well.

Here are the major astrological alignments for June:

There are three more electional charts that we found for June, which will be presented in our private subscriber-only podcast on auspicious elections that was released last week.