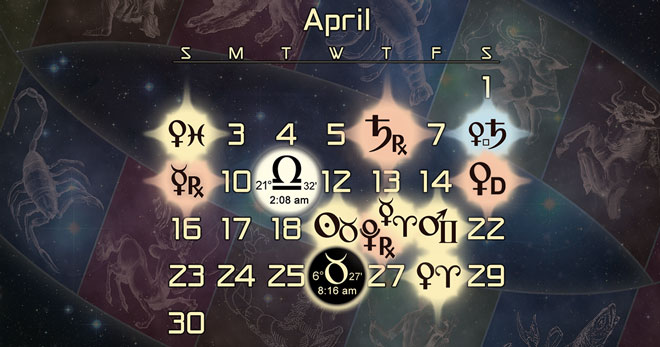 In episode 102 astrologers Kelly Surtees and Austin Coppock join the show to talk about the astrological forecast for April of 2017.

We open the show with a long discussion about astrology sometimes giving you information about odd things that you don’t really need to know.

Later in the episode I also highlight one auspicious electional chart for the month of April, using the principles of electional astrology.

Since this is the last episode of the month we announced the winners of this month’s giveaway prizes, which were:

The winner of the pass to the OPA retreat was listener Alec Senese, while the winners of a signed copy of Hellenistic Astrology were listeners Bonnie Heatherington Robson, Mari Minegishi, and Dave Fassett.

Thanks for OPA for sponsoring the show this month, and congrats to all of the winners! For more information about how to enter the drawing for next month see the giveaway description page for March.

To hear about other auspicious electional charts in April you can sign up to become a patron of the show on the $5 tier and then you will have access to a 45-minute discussion where we talk about the pros and cons of this chart as well as three others.