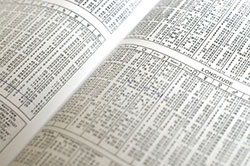 In this episode astrologer Austin Coppock joins me to to talk about some of the upcoming astrological trends and themes that will occur in 2015.

Austin is the author of the 2015 Astrological Almanac, and so he had a number of great insights to share about what the major planetary alignments are this year, as well as what people should expect from them.

Below you will find the show notes, followed by links to download or stream the episode:

A full transcript of this episode is available: Episode 22 transcript