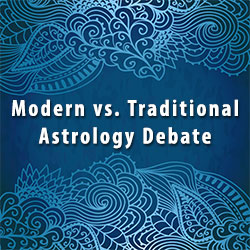 This episode of The Astrology Podcast features a recording of a live debate between Eric Meyers and Chris Brennan on the differences between modern and traditional astrology.

The recent revival of the older, pre-20th century forms of astrology in the past few decades has led to some major differences in how “modern” and “traditional” astrologers practice and conceptualize the subject, and the purpose of the debate was to explore some of the specific points of divergence between the approaches.

The end result was a sweeping two-hour debate that covered several important topics related to the conceptualization, practice, and philosophy of astrology in the 21st century.

Some of the main topics covered in the debate include:

And many more topics.

The debate was held in front of a live audience on Saturday, June 14, 2014 at the Mercury Cafe in downtown Denver, Colorado, as part of the monthly meeting of The Denver Astrology Group, which is organized by Chris Brennan and Leisa Schaim.

The debate opens with Chris and Eric each taking a few minutes in order to make some opening statements. The debate was then scheduled to take up the first hour and a half of the meeting, and then we left 30 minutes open for questions from the audience at the end as well. The recording is 2 hours and 19 minutes long, as it ended up taking a little bit longer than we had scheduled.

The written version of Chris’ opening statements can be read on his astrology blog.

You can download or listen to the audio file through the links below.

Pictures from the Debate

Here are a few pictures from the debate, kindly submitted by audience members, that way you can visualize the setup as you are listening. 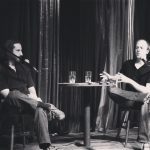 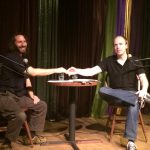 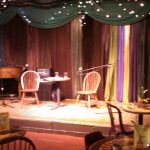 Eric Meyers holds an M.A. in Transpersonal Counseling Psychology from Naropa University. He has written 5 astrology books, the most recent of which is titled The Astrology of Awakening: Eclipse of the Ego. He is a graduate of the Steven Forrest Apprenticeship Program; an evolutionary astrologer with an emphasis on spiritual awakening. Eric’s main emphasis is on clarifying a spiritual paradigm for astrology, one that literally orbits around spiritual realization instead of ego. He can be reached at: eric@soulvisionconsulting, www.SoulVisionConsulting.com.

Chris Brennan is a practicing astrologer from Denver, Colorado. He was educated at Kepler College, where he focused on cross-cultural comparisons between the astrological traditions. He is the former President of the Association for Young Astrologers as well as the former Research Director of the National Council for Geocosmic Research. His forthcoming book is titled Hellenistic Astrology: The Study of Fate. He conducts consultations and teaches online classes on astrology through his website: www.ChrisBrennanAstrologer.com.

A full transcript of the debate is available here: Episode 18 transcript.