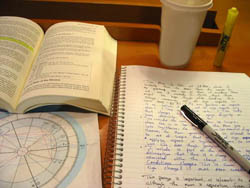 The Ethics of Using Electional Astrology to Time a Birth

In this episode I talk with Patrick Watson about whether it is ethical to use electional astrology in order to choose a birth chart for a baby that is about to be born, as well as some of the issues connected with that topic.

Patrick and his wife had a baby just last month, and as an astrologer he had to think about some of these questions, so I thought it would be good to take the opportunity to discuss it on the show.

Outline of the Podcast

Here is a general outline of the episode and some of the main points that we talked about: