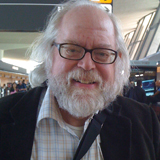 In this episode of the podcast I interview world-renowned astrologer Robert Hand, and we talk about the issue of rebuilding the links between modern and traditional astrology.

Rob is known for books such as Planets in Transit, Planets in Composite, and Horoscope Symbols, although he is also known for his work in recovering and reviving older forms of astrology.

He is getting ready to present a two day online webinar on Whole Sign Houses later this week on December 14 & 15, 2013, and you can find out more information about it on his website at ARHATmedia.com.

Here are some of topics that we talk about during the course of the show:

A full transcript of this episode is available: Episode 12 transcript